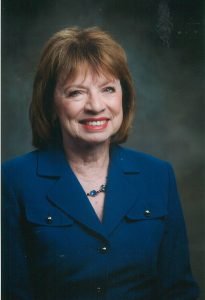 Gloria Petersen, founder/President of Global Protocol Academy, is a sought after speaker for media and business-related panel discussions.

Since the beginning of her career, Gloria has been featured in newspapers, and continues to be the go-to-person for television, newspaper, radio, and podcast interviews on her topic, and as a guest columnist for magazines.

As a Global Chamber member, she serves as a panelists on their international Globinars. These webinars are captured on our “Collaborative Video” page.

Career highlights include hosting her own television series on FOX network: “Image of Success.”
This was a 30-minute 13-week episode on Saturdays at 11:30 CST, that was cataloged in the TV Guide. It was a reality show before we had reality shows!

The show took a man and a woman through a makeover process ? head-to-toe image to résumé preparation ? to better prepare them for job interviews. As a result, the gentleman in 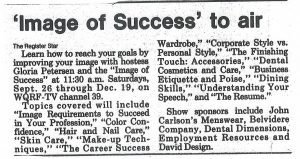 the series received a job offer by the 12th episode and woman was promoted at the close of the series. The series had ratings high enough to offer another season; however, the new slot was early Sunday mornings; which was felt by Gloria and her sponsors to not be a good time slot. So, the series concluded. The experience; however, was invaluable! 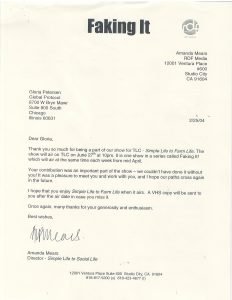 Highpoints of her network television appearances include:

You will find her current and archived track record
on her “YouTube” channel.